As I noted in my previous post, my daughter and I talked with many Navigating Autism Today conference attendees last week, and some of them were concerned about the use of aversives. I was taken aback by the topic since so much has been written about the fact that aversives are no longer used when conducting trials in ABA. I talked about Dr. Ivar Lovaas, who developed the use of Discrete Trial Training (teaching in simplified and precise steps), and explained that his book, written in 1981, was the first one I bought since there were few resources in the mid-‘90s on how to implement this therapy.

In the 1990’s, the use of Applied Behavior Analysis to treat autism was still uncommon, and parents and professionals who organized home programs were frequently criticized. The most-used attack, that the “Lovaas Method” used physical punishment and was akin to child abuse, was often utilized by hostile school administrators and staff, and those parents who ignored such charges were forced to confront the developmental disorder on two fronts. I cannot, of course, attest to the structure of all behavioral home programs then, but each one I encountered, whether through personal observations, email sharing or through phone conversations, was based on positive reinforcement. The goal we shared was simple: to teach our children to learn how to learn.

A few parents at the conference mentioned that they were afraid ABA providers would try to make their children into something they were not. That some now-adults who experienced behavioral therapy when they were quite young are now angry that they were required to go through such a “regimental” treatment.

My daughter’s therapy required that we would initially teach the concepts at a table. Because she could not put two words together at the time, and she was at first an unwilling participant, teaching at a table was quite beneficial. It encouraged her to focus, and even though in the beginning she probably did not appreciate what we were trying to do, it formed the basis of how she was able to learn how to learn a few years later. She was never to reach the 40-hour week level due to lack of funds, and I think at one time she reached 32. But even with 32 hours a week, it left less time to concentrate on generalization. We stressed the lessons taught during normal social opportunities, of course, but I also had to make time to teach her other skills in the normal course of a day. One behavior I had to address early was her tendency to run away, so I would take her to places that I could leave easily should she not stay with me. One such place was our local video store. Armed with a bag of fast-food fries, I would walk up and down the aisles, stopping occasionally. Should she stay with me, she would get a French fry paired with praise. Of course, the first few times did not go well, and it was relatively easy to pick her up and leave (and there were less stares to endure there than, say, a grocery store). But before we would leave, I gave her the option of staying with me (“If you stay with me, we will stay in the store”). This was not long before she fully understood the “if/then” concept, and I think perhaps after she mastered the ability to stay with me while in public, she was able to translate that concept to other areas as well.

For over a year my daughter languished in a public-school special education preschool class, learning next to nothing. I knew that ABA and discrete trials were the only way my daughter was going to learn because it did not take long for her to acquire skills that should have been taught by her teachers. She was able to put two words together soon after she began her program, and each achievement boosted my confidence in a treatment that was based in science and was measurable.

My daughter has been able to experience many things, including graduating from high school with a diploma, receiving a certificate from a community college, serving as a juror and, most recently, being in love. None of that would have been possible if she hadn’t “worked” from age three to age seven.

Katie tells me that she does not remember much about “working,” but she does remember her therapists. Jamie and Jennifer were her favorites, and they helped her learn everything from sitting during circle time to cutting with scissors to understanding and using pronouns. She knows that what she has accomplished was due to hard work (from her and her therapists), and I think she truly appreciates it.

Admittedly, I have not read any accounts of the young adults who are unhappy to have been provided ABA therapy, so I was not able to give my opinion to the parents at the conference who spoke of them. What I did do was describe the impact ABA has had on my daughter, just as I did above in this post. I am quite happy that she has experienced so many accomplishments, and I cannot imagine her life had I not implemented an ABA program.

2 comments on “The Impact of ABA and Discrete Trial Training” 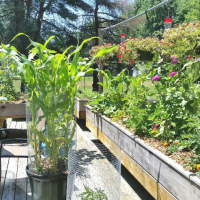 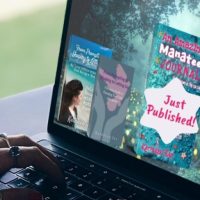 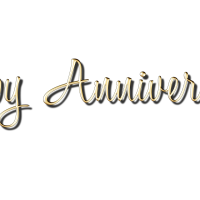